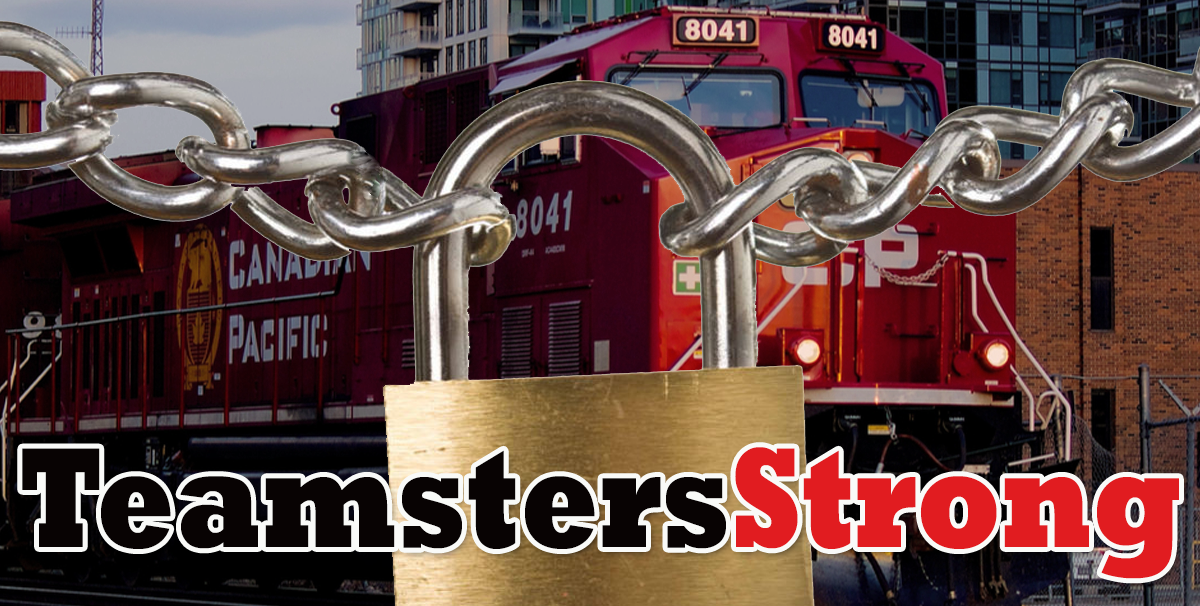 Calgary, March 19, 2022 - Despite the best efforts of the Teamsters Canada Rail Conference (TCRC) Negotiating Committee, there will be a lockout tonight at Canadian Pacific (CP). A lockout is a work stoppage initiated by company management during a labour dispute. Unlike a strike, in which employees refuse to work, a lockout is initiated by the employer.

Shortly before the lockout was announced, the Teamsters Union expressed its desire to continue bargaining. Unfortunately, the employer chose to put the Canadian supply chain and tens of thousands of jobs at risk.

As Canadians grapple with a never-ending pandemic, exploding commodity prices and the war in Ukraine, the rail carrier is adding an unnecessary layer of insecurity, especially for those who depend on the rail network.

“We are very disappointed with this turn of events," said Dave Fulton, TCRC spokesperson at the bargaining table. “Canadian Pacific management must be taken to task for this situation. They set the deadline for a lockout to happen tonight, when we were willing to pursue negotiations. Even more so, they then moved the goalpost when it came time to discuss the terms of final and binding arbitration.”

In final and binding arbitration, the parties agree to accept the arbitrator's decision as final. The Teamsters were willing to explore this type of arbitration, but were unable to reach an agreement with the employer.

Wages and pensions remain major stumbling blocks. However, also at issue in these talks are working conditions that call into question the railway’s capacity to recruit and retain workforce members.