Laval, March 22, 2016 — Teamsters are satisfied with the Trudeau government’s second budget, which continues on the path laid out in the previous budget. “Workers and the middle class should benefit from this budget,” commented François Laporte, the President of Teamsters Canada. 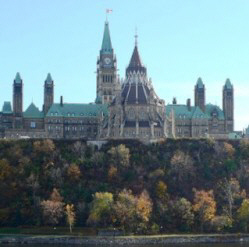 New measures to help Canadians keep their skills up to date are a good first step in dealing with the challenges posed by automation. However, the government will need a more aggressive strategy as technological change is expected to eliminate jobs faster than people can retrain.

Though details are lacking, proposed changes to make the Canada Labour Code more “flexible” will need to be carefully analyzed. Teamsters will fight any attempt to go after labour rights and job security.

In an effort to put Canadians back to work, infrastructure spending should be expedited wherever possible.

“We recognize that investing billions of dollars quickly and intelligently is easier said than done,” explained Laporte. “But the government also needs to recognize that fixing and building the nation’s infrastructure creates much needed jobs for tens of thousands of Canadians.”

Teamsters applaud the federal government for investing $5 billion over 10 years on mental health. The union views mental health in the workplace as a pressing issue; according to the Mental Health Commission of Canada, mental illness costs the economy over $51 billion each year.

The $867 million investment in Via Rail is also welcome news, as it stands to directly benefit travellers and Teamster members employed at the crown corporation.

A matter of fairness

Teamsters are pleased that the federal government will force ride-sharing companies like to Uber to register and collect sales taxes. “We’re glad that the government has started to tackle the issue of the sharing economy,” added Laporte.

Efforts to crack down on tax evasion are also welcome, as long as the government has the courage to target big banks and large accounting firms. According to the Conference Board of Canada, tax evasion could cost Canadians up to $47.8 billion.

Teamsters urge the government to eliminate the tax credit on stock options in a future budget. The write-off disproportionately benefits Canada’s richest CEOs, who already earn over 193 times the average worker’s salary.

Finally, the union is delighted that the government’s budget recognizes issues faced by women, indigenous people, and the LGBTQ community.

Teamsters represent 125,000 workers in Canada in all industries. The International Brotherhood of Teamsters, with which Teamsters Canada is affiliated, has 1.4 million members in North America.