Sarnia and surrounding area, Most of you may know that the TCRC CN CTY representing approximately 3,200 conductors and traffic coordinators across Canada went on strike with CN Rail on November 19th, 2019.

more than any of us could ever have imagined 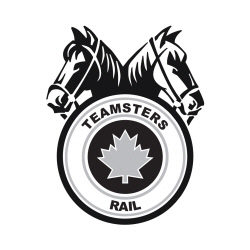 On November 26th, 2019 the two parties reached a tentative agreement.  The TCRC CN CTY Division 240 (Sarnia) set up three locations throughout town at McGregor Sideroad, Modeland and Plank road.  Knowing Sarnia was a Union town we figured we would receive some support from some of the local unions, but the display and appreciation we all felt from those local Unions and general public was amazing.  To the members of Division 240, the Solidarity that we showed was incredible.  We were extremely grateful that the Federal Government did not interfere and allowed for the collective bargaining process to function correctly.

The support we received and the generous donations of supplies from the local community and local unions, was more than any of us could ever have imagined.  The members of Division 240 would like to thank our spouses, family, friends and the general public as well as the following and any we have missed on the list: